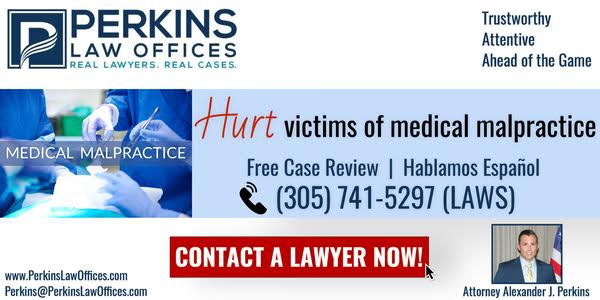 Sometimes the medicines and medical devices intended to help people and prolong our lives, wind up doing more harm than good. Manufacturing pharmaceuticals and medical equipment is big business. Billions of dollars are at play in these industries, therefore sometimes corporations put profits over safety. This is precisely what happened in December 2006 to a young man with muscular dystrophy when his ventilator malfunctioned due to a design and maintenance defect resulting in his untimely death.

Attorney Alex Perkins took on this wrongful death case after some of the most well known personal injury lawyers in Florida were not interested because of its complexity and the fact that the young man had a shortened life expectancy due to his muscular dystrophy. The manufacturer and maintenance company claimed the product worked properly. Not satisified with relying on the defendants representations, Mr. Perkinsâ€™ intuition led him to investigate deeper. Mr. Perkinsâ€™ flew in a renown medical technology expert from San Antonio, Texas who downloaded the ventilatorâ€™s black box called electric programmable memory. This blackbox download at the joint inspection of the ventilator helped to prove the time line of events, the lack of maintenance and the product defects. Alex Perkinsâ€™ persistent discovery requests and video taped depositions revealed that not only did the defective medical device not receive its proper preventive maintenance, but that the FDA and manufacturer had received thousands of complaints about battery and alarm malfunctions for years that went without proper corrective and preventive action by the manufacturer. In many instances the ventilators were returned to the manufacturer who said the malfunction could not be duplicated back at the factory. This is akin to giving the gun back to the murderer during a murder investigation. After several years of hotly contested litigation, this product liability, wrongful death lawsuit was settled for $2,500,000.

If you or a loved one has been injured or killed as a result of defective medical device or drug, contact Perkins Law Offices at [email protected] of call for a free confidential case review at 305-741-LAWS(5297).