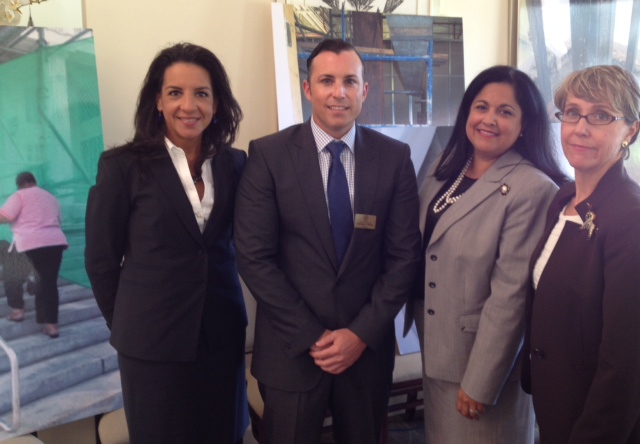 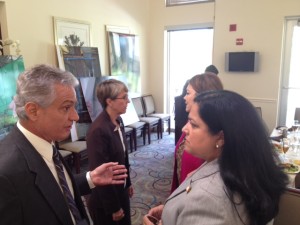 Miami Beach Bar President Alex Perkins welcomed the Judges to inform the membership of the downright dangerous and embarrassing condition of the historic building on Flagler Street. While we all knew the building was old and in poor condition, and that the court rooms set ups were less than ideal with obstructed views to the judge and jury due to support column placement, the talk went into great detail of the hidden dangers and problems of this sick building that are not in pubic view. Â The courthouse has mold and flooding problems. Employees and visitors alike are place in danger by the deteriorating building facade which is made of terra-cotta. Many of the upper floors are closed due to rain intrusion and theÂ building is sinking and flooded in the basement as it was built below the waterline. Â  Exposed wires and lack of access for disabled people are but a few of the problems. There are over a million visitors a year that pass through the 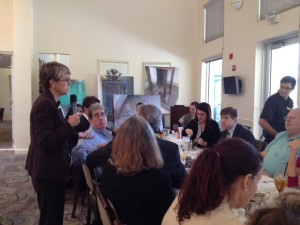 courthouse and there is not enough space for jury panels much less the number of cases and trials handled there. Â The Probate Court has already been displaced to an unsecured Overtown building where sensitive hearings are held in the open and the files are exposed.

The County is responsible for funding but does not have the means without raising taxes. Therefore on November 4 the ballot will include a vote on the bond issue. This is the beginning of the grass roots effort to to raise awareness and money through public an private funding. For more information you can visit buildingblocksforjustice.com or contact Perkins Law Offices and we will point you in the right direction.