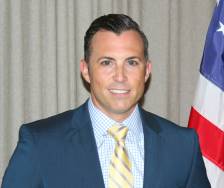 Alexander J. Perkins is recognized as one of the Legal Elite attorneys in the State of Florida and listed in the numerous editions ofô Super Lawyers, Legalô Trend Magazine, and the South Florida Legal Guide as well as being recognized by the Daily business review’s Most Effective Lawyers.ô  He enjoys a 10 out of 10 rating on AVVO and is a lifetime member of the Million Dollar Advocates Forum.ô  He proudly served as the President of the Miami Beach Bar Association and is currently on its Board of Directors. He his also a licensed Real Estate agent. ô Mr. Perkins focuses his civil practice on advising, consulting and litigating on behalf of clients involving substantial financial and personal consequences including serious injury cases and commercial and real estate disputes. Mr. Perkins has a vast array of experience, knowledge and utilizes an aggressiveô approach to obtain results.

Mr. Perkins is a skilled litigator who repents clients from all walks of life. In his injury practice he has represented professionals and the homeless alike. In his commercial and real estate practice, he has consulted represented individual business people who have been wronged, as well as well known companies and retailers. In the past few years, the firm’s real estate law and advising practice has grown do to the booming land prices in South Florida, and the inevitable legal issues that accompany such explosive growth.

Mr. Perkins has represented clients from all over the United States and internationally.ô Before forming his own firm, Mr. Perkins was a Partner in a prestigious Miami FL personal injury law firm where he made Partner in under three years. His partnership coincided with the resolving of a tragic case for a prominent Miami family who lost two of its members in aô car accidentô during major highway construction on I-75. ô The case culminated in a recovery ofô $10,500,000ô andô involved many different aspects of law including uninsured/underinsured motorist coverage (UM), bad faith insurance law, auto negligence, seatbelt and ejection issues and highway and work-zone construction negligence. ô The at-fault driver who started the collision was underinsured with an inadequate bodily injury policy of only $50,000 limits. ô By thoroughly investigating the scene of the accident in person several times, combing through stacks of daily construction logs, interviewing key people with knowledge and listening over and over again to witness statements, Mr. Perkins discovered that active repaving work being performed on the highway at the time of the accident was defective. There was an impermissible and out of the design plan “drop-off” of the pavement between the travel lane to the shoulder. It was that dangerous shoulder “drop-off” that caused the 17 year old at-fault driver to lose control of his low profile vehicle when he momentarily left the roadway. ô Initially the construction company doing the repaving work denied the existence of the dangerous “drop-off” height, claiming it was part of the design plan and was standard in the industry. But Mr. Perkins’ relentless legwork revealed that the construction company tried to hide their negligence by leveling down the dropoff wthin 24 hours of the accident. Mr. Alexander Perkins litigated this case for several years and turned $50,000 of insurance coverage into a combined settlement ofô $10,500,000ô which included extra-contractual dollars due to bad faith on the part of one of the insurance companies.

Mr. Perkins was very proud to conclude several years of wrongful death litigation arising out of a defective and negligently maintained ventilator resulting in aô $2,500,000ô award for the family a young man with muscular dystrophy. ô The ventilator he depended on to breath malfunctioned when the power to his home was lost. ô Some of the best personal injury lawyers in Florida declined to take the complicated case or were not interested in it because the young man had a shortened life expectancy to begin with and because the manufacturer and maintenance company claimed the product worked properly. Not satisified with relying on the defendants representations, Mr. Perkins’ intuition led him to investigate deeper. ô His hunch was right. ô Attorney Perkins’ persistent discovery requests and video taped depositions revealed that not only did the defective medical device not receive its proper preventive maintenance, but that the FDA and manufacturer had received thousands of complaints about battery and alarm malfunctions for years that went without proper corrective and preventive action. ô In many instances the ventilators were returned to the manufacturer who said the malfunction could not be duplicated back at the factory. ô This is akin to giving the gun back to the murderer during a murder investigation! Mr. Perkins’ gut led him to fly in a renown medical technology expert from San Antonio, Texas who downloaded the ventilator’s black box called electric programmable memory. This blackbox download at the joint inspection helped to prove the time line of events, the lack of maintenance and the product defects. ô The above are but a couple of examples of how Mr. Perkins’s experience, perseverance, and clever approach to hard cases led to multi-million dollar damage awards for his injured clients and their loved ones.

Before choosing to protect the rights of individuals against insurance companies, irresponsible corporate entities and individual wrongdoers, Mr. Perkins primarily worked as a defense lawyer retained by trucking companies and insurance companies. His familiarity with the other side’s way of thinking and procedures used in evaluating and defendingô personal injury lawsuits, gives him an insight and competitive advantage. His inside knowledge and distaste for how some businesses care about profits over people, inspires him to fight back to level the playing field for the ãlittle guyãô  who cannot otherwise do it himself.

A Maryland native, Mr. Alexander Perkins earned a Bachelor of Arts degree from the University of Maryland before moving to Florida, where he earned a Juris Doctor from the University of Miami School of Law. Mr. Perkins is a member of the Florida Bar and District of Columbia Bar. Heô is admitted to practice in all the State and Federal courts within Florida. Mr. Perkins is also of counsel to an Orlando, FL law firm so as to have a centrally located launching point to handle cases anywhere throughout the state. ô He also is of counsel with his family’s law firm in his home state of Maryland and to a prominent law firm in Rome, Italy. These strategic associations extend the reach and services Perkins Law Offices can offer its clients. 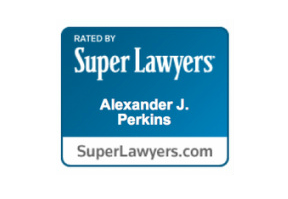